A wonderful place is the power place in Oberstdorf. 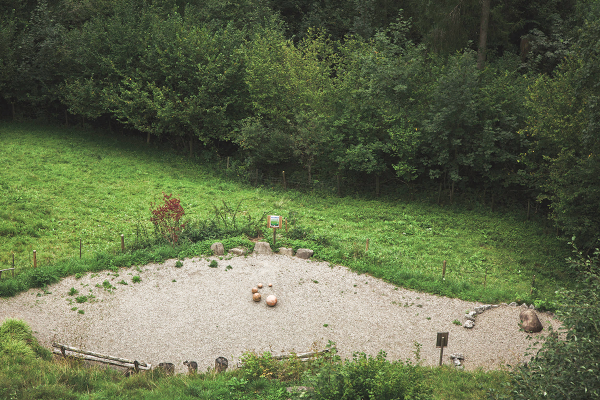 Discovery of the Oberstdorf energy place

In September 1994 the energy place at the hotel Waldesruhe was found by the well-known Allgäu dowser Lothar Meinhardt. Since the Brutscher family had laid out a path to the energy place, as well as the place itself in a harmonious way as a Feng Shui garden in spring 1995, this place of power could be visited and used by many thousands of people.

The unique view in combination with the clear alpine air offers everyone who is interested the possibility to refuel energy in peace and undisturbed. 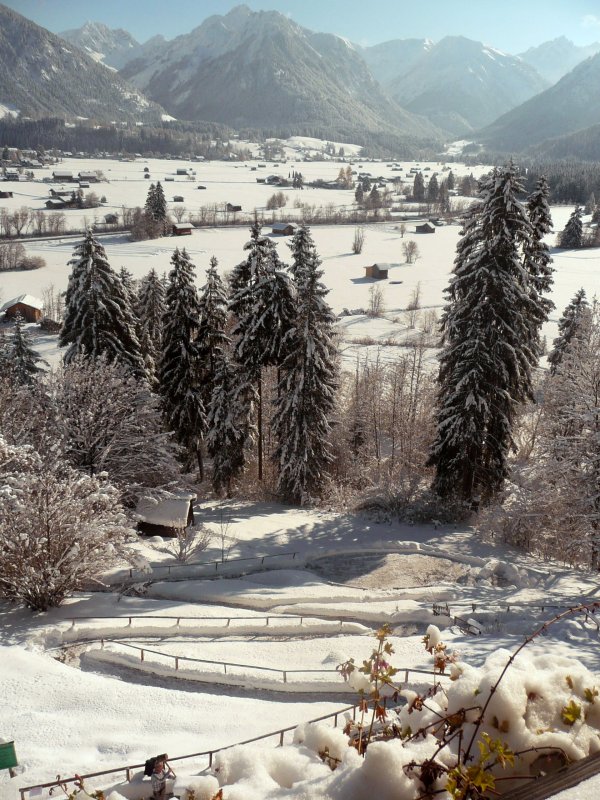 What does the energy square do?

For many years, visitors have reported the positive experiences they have had at this place of power, but not every visitor feels an effect. Most people who perceived a reaction told of an intense tingling sensation and vibrations, as well as a strong feeling of warmth to heat. Not infrequently, people also reported an improvement in their own health. This was noticed either directly at the energy place or only afterwards, when regular complaints that had lasted for years suddenly no longer seemed to occur.

Whether and how intensively a reaction to the energies of the power place takes place, is completely individual. Share your experiences with us under #energieplatzoberstdorf

You can read some particularly intense statements here as excerpts from the testimonials that Karl-Heinz Kerll himself collected and published in his book:

A second construction worker had had larger hemorrhoids for some time, which had shrunk considerably after the work was completed.

On May 18, 1995, an article appeared in the Kreisbote about the "1st spontaneous healing" of a 68-year-old woman from California (USA) who suffered from severe pain, cramp-like paralysis and venous constriction in her left leg. Doctors had therefore advised her to have an amputation. After 15 minutes on the stand, the excruciating pain had completely disappeared. Today, Mrs. Hi.I. can walk again without restrictions..

On 02.07.1995 a lady had been to the energy place with her dog, which had been suffering from diarrhea for a long time. However, after several visits the diarrhea had stopped.

On 07.10.1995 an article appeared in the Sommer Kurier about the "2nd spontaneous healing" of a woman (H.S.F.) who had been suffering from multiple sclerosis for many years. On the energy square she was able to move again under her own power after a short time. The improvement has lasted until today..

On 28.02.2001 there was another spontaneous healing of the daughter of a well-known singer-songwriter and musician. After a tick bite in 2000 the girl suffered from paralysis of all 4 extremities. The therapy could only be started in another 6 months, so the girl visited the energy place during a stay in Oberstdorf. There she felt strong tingling, warmth and heat. After a short time, she was able to get out of the wheelchair under her own power and walk at least dragging. After further visits to the place, her complaints improved increasingly.